ISTQB® – International Software Testing Qualifications Board, the most popular software testing certification authority in the world, voted on several important motions on the 26th of October in the General Assembly held in Shanghai, China.

“We are witnessing several important trends in testing and there was a need to match new and existing certifications to the market demand”, commented Gualtiero Bazzana, President of ISTQB®.

“We are confident that testers and managers alike will appreciate the investments that ISTQB® is doing to evolve the scheme”, added Geoff Thompson – ISTQB® Secretary and Kari Kakkonen – ISTQB® Treasurer.

Core, Agile and Specialist streams
ISTQB® will continue with existing Foundation, Advanced and Expert modules that will be grouped under the Core stream. New modules that are more specific in their nature, will be served under the Specialist stream. “The ISTQB® recognizes the need for vertical syllabi that provide in-depth knowledge of specific topics” said Yaron Tsubery, ISTQB® Vice-President “ and this is why we decided to define a Specialist stream that will group several syllabi that are undergoing development” Agile methodology related syllabi will be grouped under a dedicated Agile stream.

New modules planned in Agile stream
Several new modules were approved for development of syllabus and associated documentation. These will serve as basis for training and exam providers worldwide to develop trainings and exams respectively. Agile stream is to receive two Advanced level syllabi, Technical and Organizational “Based on the feedback of the existing Agile Foundation Tester we found that testers would like to address technical and organizational testing related challenges found in typical agile projects. We decided to provide a separate syllabus for both needs,” said Rex Black from ASTQB – American Software Testing Qualifications Board, who will be leading the development of the new syllabi.

New syllabi planned in Specialist stream
Several new topics were approved for development of syllabus and associated documentation. Specialist stream is to get the following new syllabi in the near future.  Security Tester Advanced Level  Test Automation Engineer Advanced Level (existing Expert Level syllabus will be re-worked to match the new positioning)  Automotive Tester Foundation Level, developed in co-operation with the German Testing Board  Usability Tester Foundation Level, developed in co-operation with the German Testing Board “We are happy to actively contribute to the development of new syllabi in order to fast track their global adoption” said Armin Metzger, President of German Testing Board “This is a quantum leap in our product portfolio”, said Gualtiero Bazzana, “we are considering also additional modules, dedicated both to other quality characteristics (e.g. Performance) or application domain. Concerning Security and Test Automation, we decided to position them at Advanced Level in order to make them more accessible to a wider audience”

“We have defined clear pre-conditions, so that people can have a clear understanding of the road to follow to get the certifications that better suit their needs”, said the coordinators of the “Pre-conditions Task Force” Graham Bath – German Testing Board and Judy McKay – American Software Testing Board Evolutionary road-map for ISTQB® Product Portfolio The General Assembly decisions are summarized in the picture below. 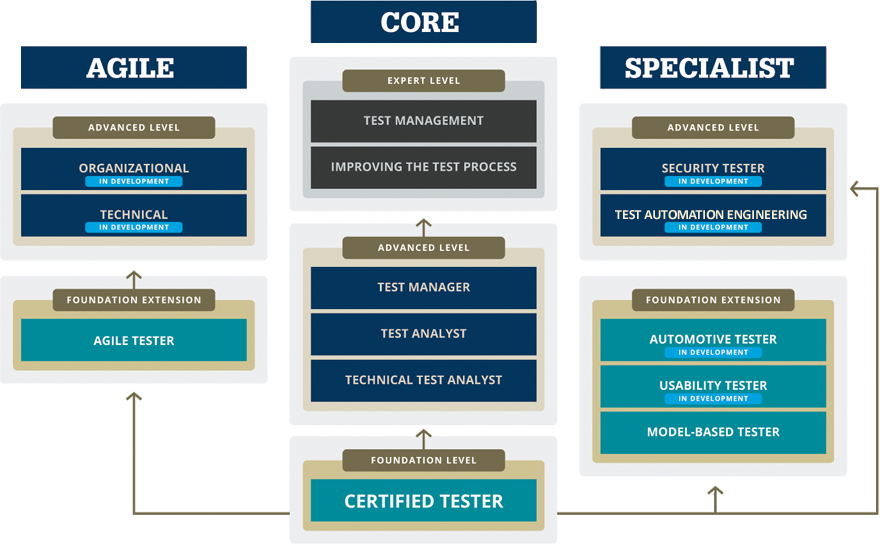 Get your name listed on cstb.ca